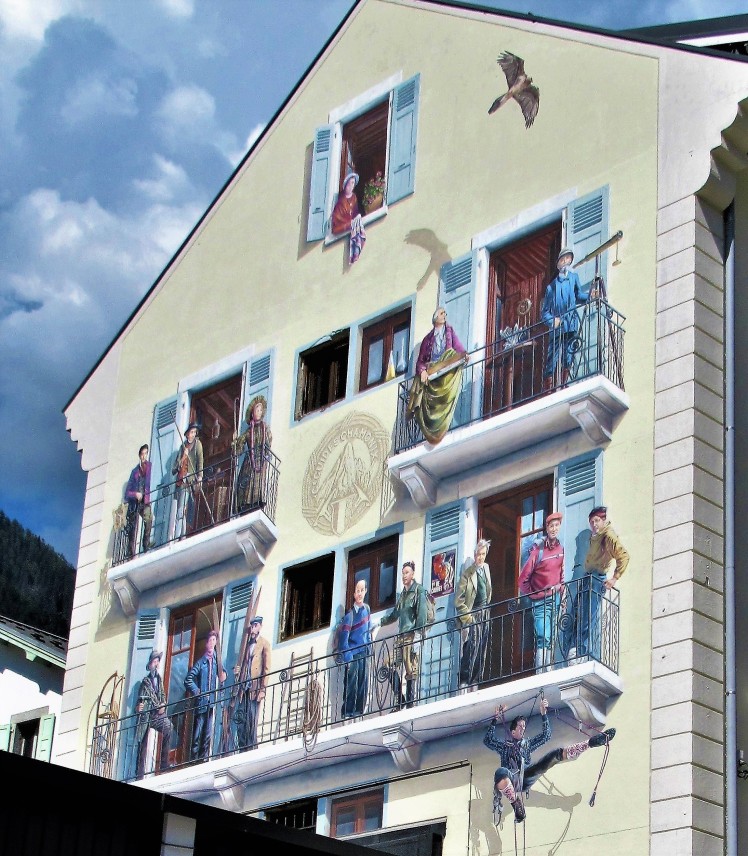 Don’t part with your illusions. When they are gone you may still exist, but you have ceased to live.” — Mark Twain

Depicting such characters as Michel-Gabriel Paccard and Jacques Balmat, the first to climb Mont Blanc in 1786 (the two leftmost figures on the top left balcony), and Marie Paradis, the first woman to ascend the mountain to its peak in 1808 (third floor window), “Mountain Guides of Chamonix” brings to life 20 of the most celebrated individuals of the mountain’s history. Created in 2010 by French street artist Patrick Commecy, the fresco reinforces Chamonix’s role as the “Cradle and Capital of Mountaineering.” Bear in mind that this being a trompe l’oeil on a grand scale, everything we see painted here is an illusion: the balconies, the shadows and the mountaineers themselves. – Photo of “Mountain Guides of Chamonix” fresco by Mary O’Connor

One thought on “Illusion”