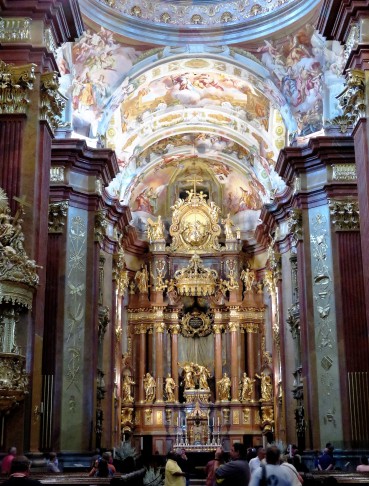 “Life is really simple, but we insist on making it complicated.” — Coco Chanel

The high altar and ceiling frescoes in Melk Abbey, Melk, Austria, combine to create a symphony of form and color, adding to the church’s reputation as one of the most significant structures of the Baroque era. Yet it is one of its simplistic shadowed gold statues that, arguably, is among the 900-year-old Benedictine Abbey’s most memorable displays.

One thought on “Simplicity”